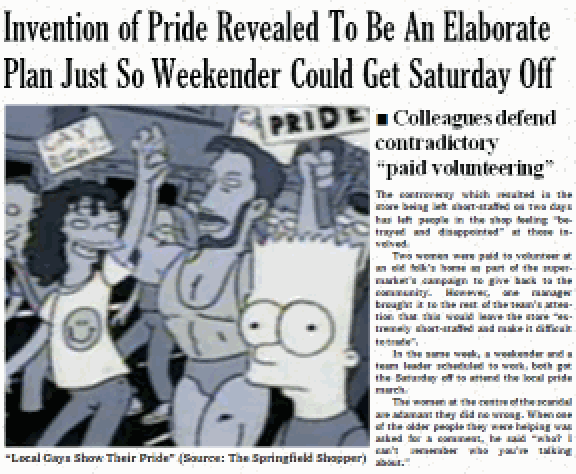 The controversy which resulted in a small shop being left short-staffed on two days has left people feeling "betrayed and disappointed" at those involved.

Two women were paid to volunteer at an old folk's home, as part of a campaign to give back to the community. However, one manager brought it to the team's attention that this would leave the store "extremely short-staffed and make it difficult to trade".

In the same week, a weekender and a team leader who were both scheduled to work got the Saturday off to attend the local pride march.

The women at the centre of the scandal are adamant they did no wrong. When one of the older people they were helping was asked for a comment, he said "who? I can't remember who you're talking about."

Back to the filing cabinet