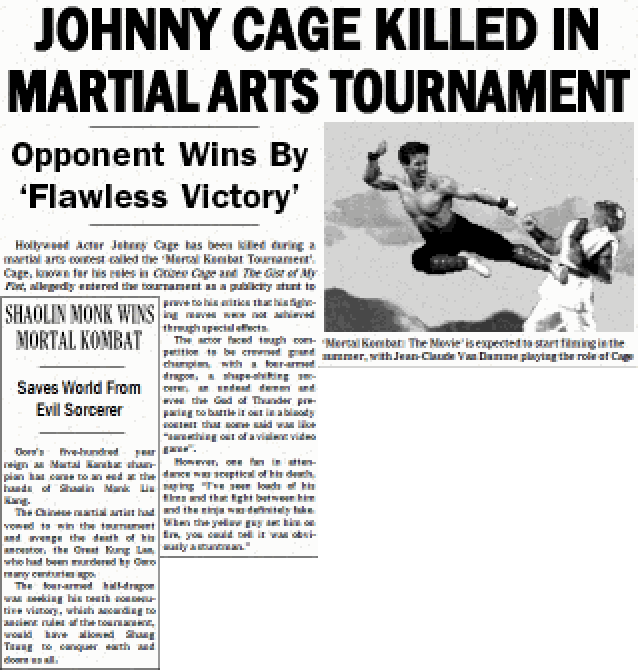 Cage, known for his roles in Citizen Cage and The Gist of My Fist, allegedly entered the tournament as a publicity stunt to prove to his critics that his fighting moves were not achieved through special effects.

The actor faced tough competition to be crowned grand champion, with a four-armed dragon, a shape-shifting sorcerer, an undead demon and even the God of Thunder preparing to battle it out in a bloody contest that some said was "like something out of a violent video game".

However, one fan in attendance was sceptical of his death, saying "I've seen loads of his films and that fight between him and the ninja was definitely fake. When the yellow guy set him on fire, you could tell it was obviously a stuntman."